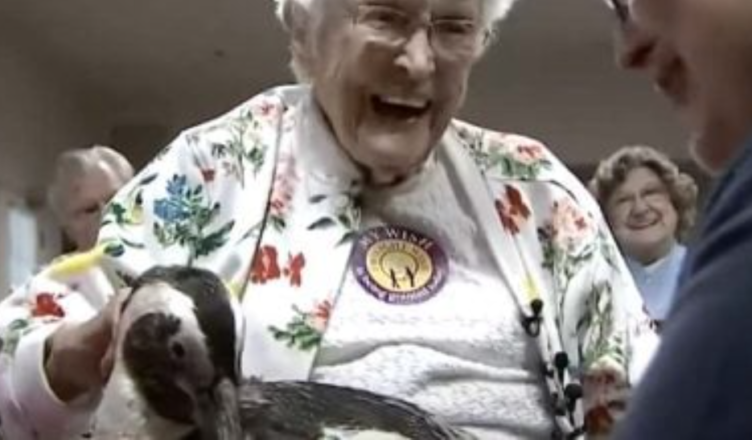 The fulfillment of Bertha Komor’s goal took a significant amount of time and patience.

The woman who is now 104 years old has had the desire to meet and pet a penguin ever since she was a small kid.

Her carers at the Village Gate Farmington retirement residence in Connecticut, the Mystic Aquarium, and the Twilight Wish Foundation helped make her dream come true, even though she never thought it would come true.

After getting to touch Red Green, the aquarium’s oldest African penguin (he’s 35 years old), Komor said, “I never believed it would happen.”

“The nicest part was being able to touch him and getting such a close look at him,” said Komor.

Karen Rivkin, who was Komor’s granddaughter and was there with the latter during the moment of significance, said, “I’m just so pleased for her.

I’m really overjoyed that she was able to make her dream come true, and I’m grateful that she’s been a part of our lives for as long as she has.”