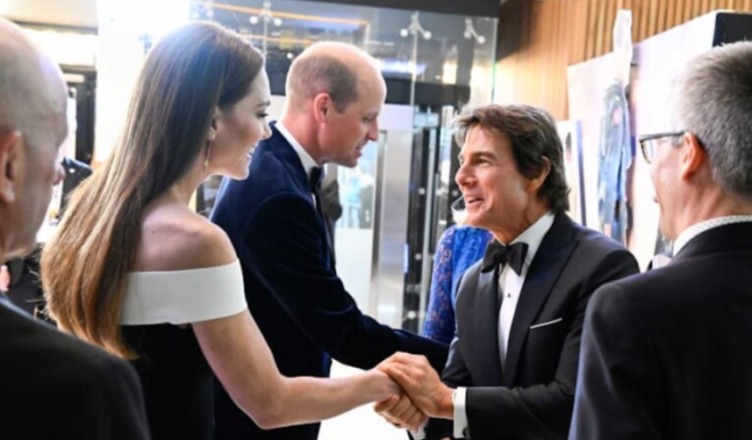 On Thursday evening, the Duke and Duchess of Cambridge attended the United Kingdom premiere of Top Gun: Maverick in London’s Leicester Square.

Accompanying them on the red carpet was the film’s star, Tom Cruise. Kate donned a floor-length black Roland Mouret gown with a white off-the-shoulder neckline. 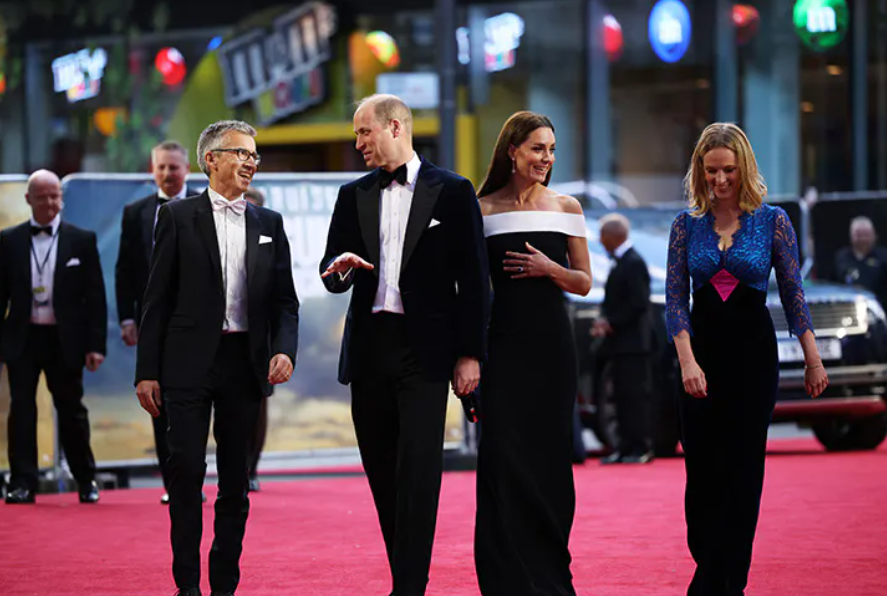 Prince William, on the other hand, opted for a traditional black tuxedo and bow tie, but he added some personality into his look by matching his shoes to the theme of the evening.

He wore loafers made by Crockett & Jones that had an F18 stitched on the side. 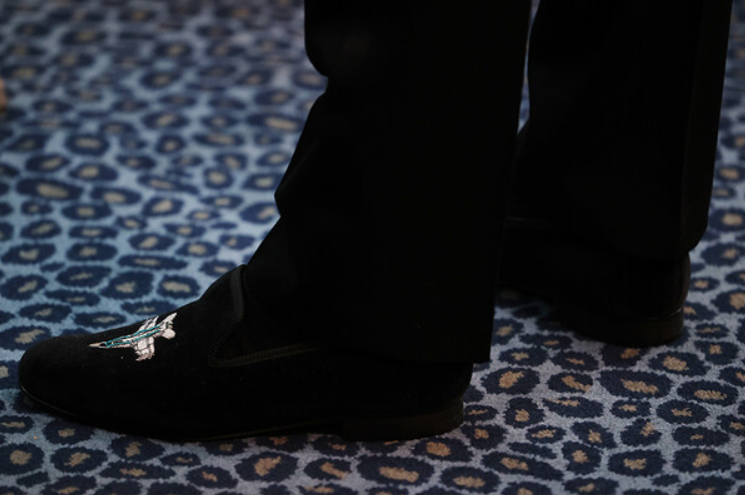 William, who had previously served as a helicopter pilot for the Royal Air Force, and Kate were also introduced to other cast members such as Jennifer Connelly and Miles Teller, who had previously portrayed the son of Tom Cruise’s fellow soldier Goose in the first film. 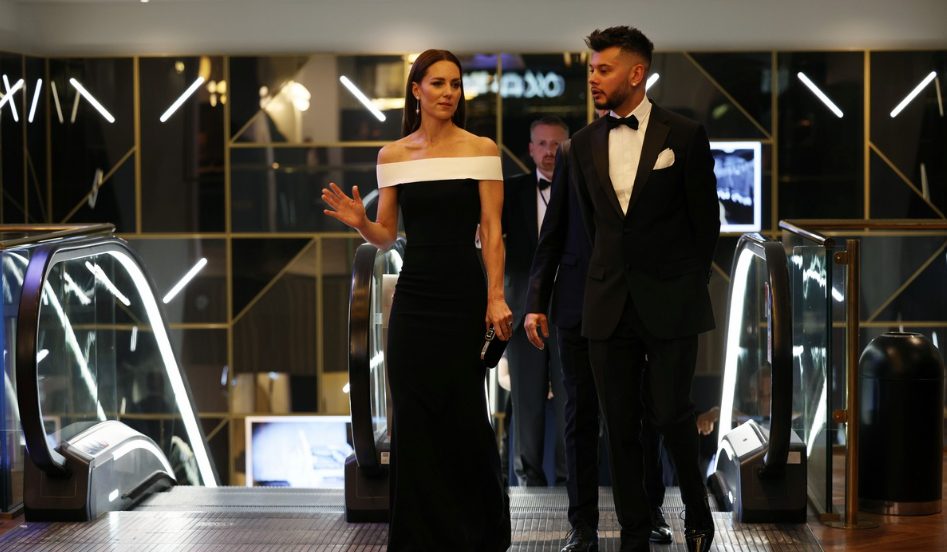 During the course of the evening, Cruise offered his hand to Kate as she made her way up a flight of stairs.

Prince William and Kate, however, will not be seeing the highly anticipated film for the first time at its premiere in London. 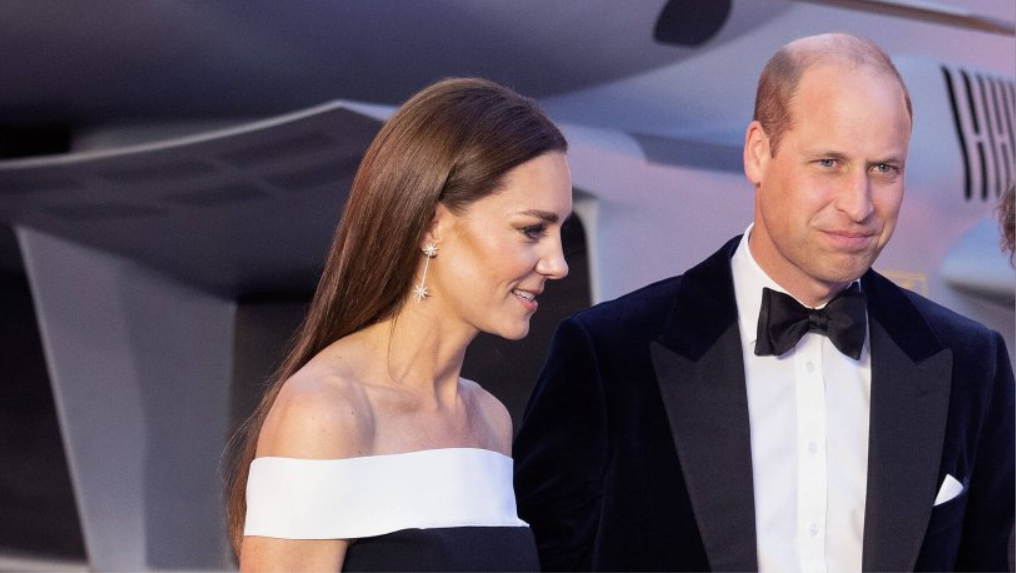 It has been alleged that Tom Cruise invited Prince William and Kate Middleton to a private showing of the Top Gun sequel after learning that William enjoyed the first film in the series, which was released in 1986. 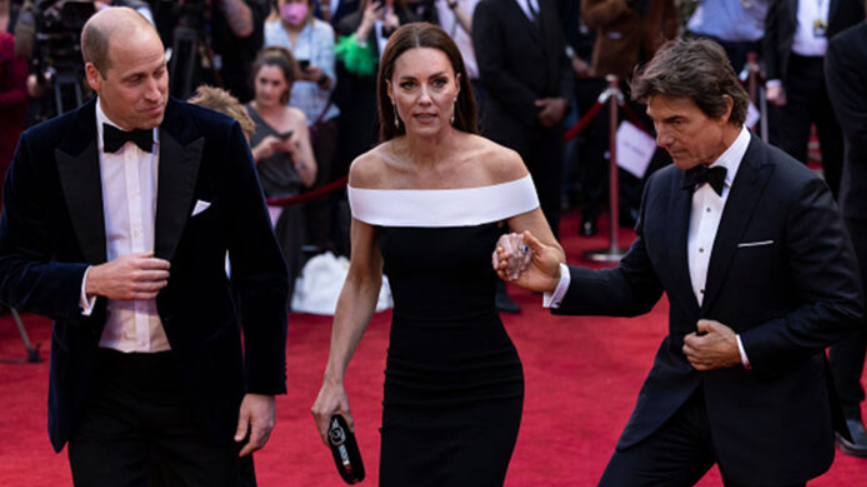 Tom Cruise said the following about the royal: “We have a lot in common. We are both aviators and have a passion for flight, in addition to our shared love of England.”