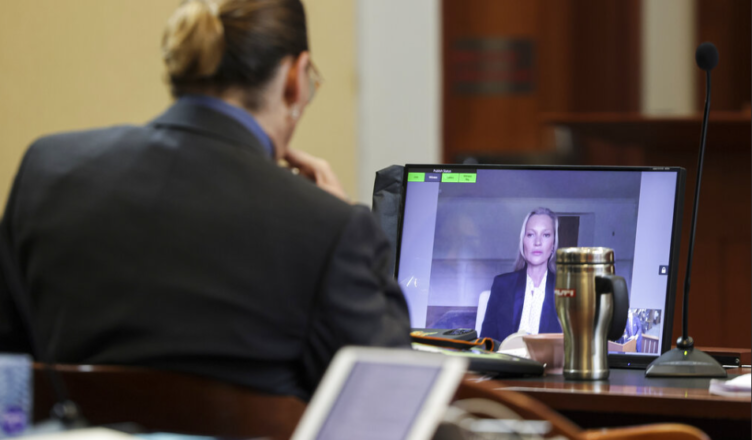 During the period when Johnny Depp and Kate Moss were dating in the 1990s, Kate Moss testified that Johnny Depp “never pushed” her down “any stairs.”

The British model, 48, made her appearance via live video connection in front of the courthouse in Fairfax, Virginia, on Wednesday morning. 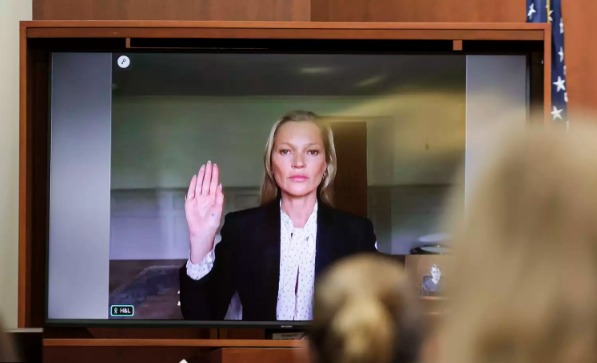 She was there to answer a remark that Amber Heard, 36, had made in prior evidence concerning Moss and “stairs.”

Moss, who said that she and Depp dated from 1994 to 1998, testified that the alleged event took place when they were vacationing at a resort in Jamaica, and that he did not push her when she went down. 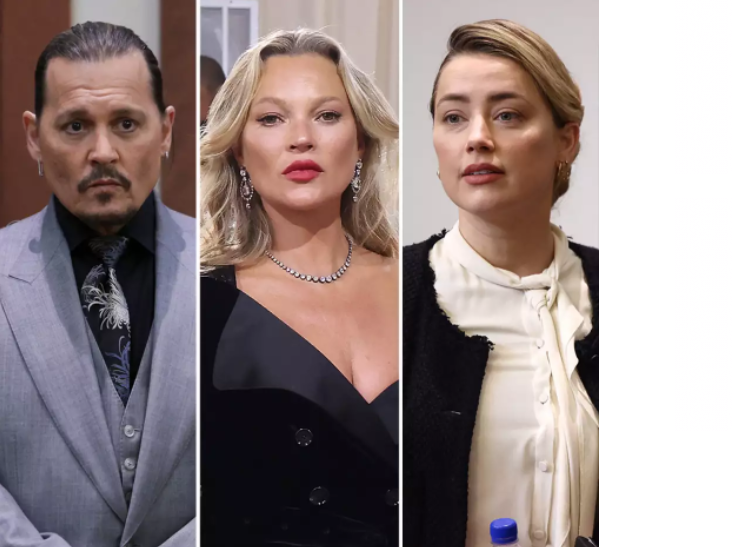 “We were getting ready to leave the room, and Johnny was the first one to go. There had been a downpour.

I was leaving the room when I slipped and fell down the stairs, causing me to injure my back “she said this while under oath. “I screamed because I was in a lot of agony and I didn’t understand what had happened to me. 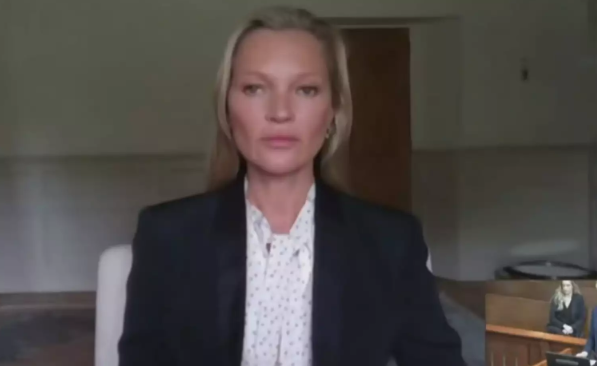 He ran back as fast as he could to aid me, brought me to my room, and made sure I received medical treatment.”

In addition, Moss said that “He never pushed me, dragged me, or threw me down any steps.”