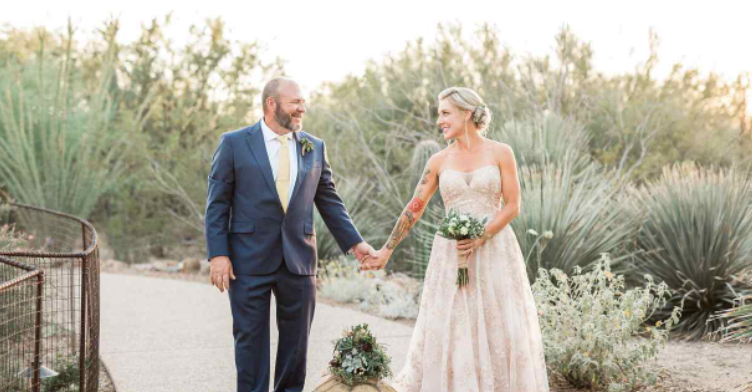 This woman gave her pet tortoise the responsibility of carrying the rings down the aisle during her wedding, which resulted in the “slowest walk down the aisle in history.”

Because Ericka and Jay Johnson had their first encounter 20 years ago while doing a survey of wild tortoises, they decided it was only fitting for their cherished Sulcata tortoise, Tom Shelleck, to be a part of the festivities surrounding their wedding. 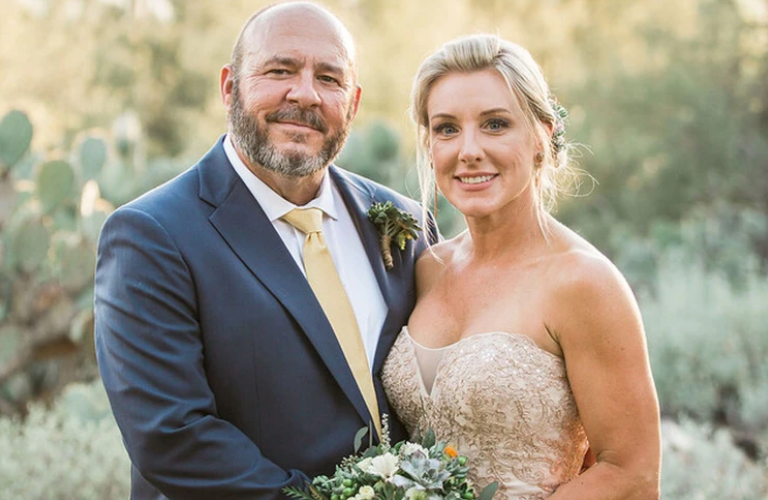 Before the couple was married in Tohono Chul Botanical Gardens in Arizona last year, the bride, who is 41 years old, revealed that strawberries were placed down the aisle as a guide for the “always hungry” groom to follow.

On her big day, the mother of one said that everything went off without a hitch, and that he even managed to become the “focus of attention.” 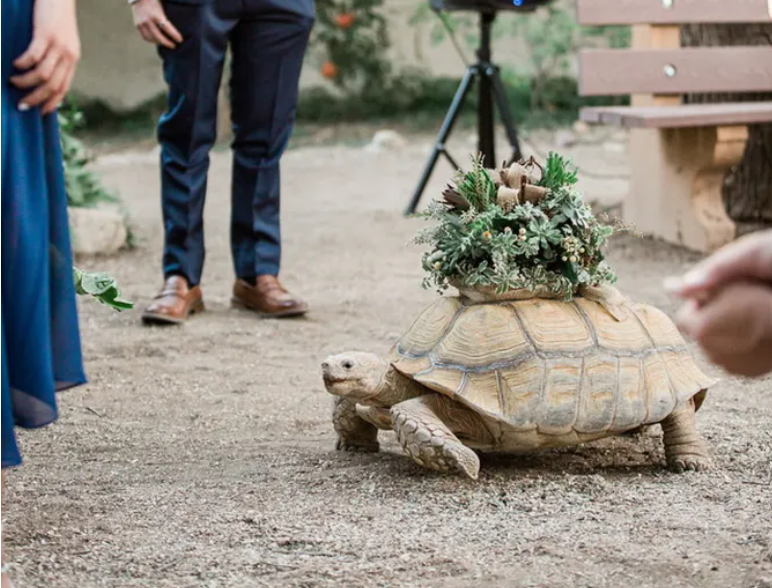 The 20-year-old turtle can be seen in the photos crawling down the aisle while trailing a trail of fruit and carrying rings on a flower basket connected to his shell.

“The only thing we were afraid about was if women had painted toenails and he’d look at them and assume they were fruit and maybe go off course and chew some toes, but happily that didn’t happen,” said Ericka. 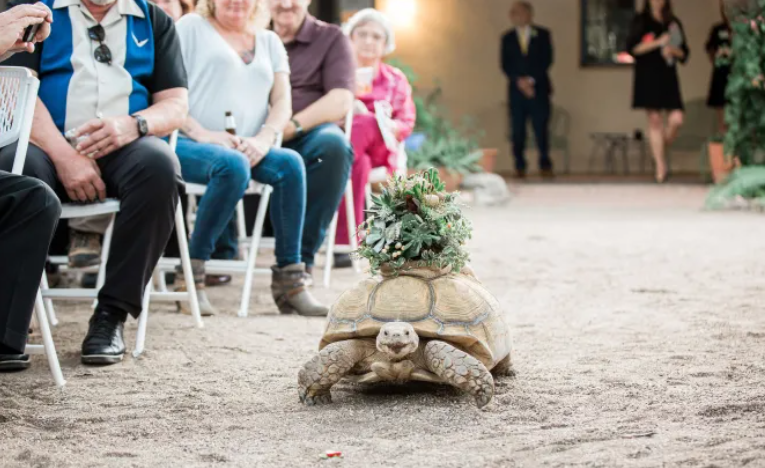 “I was pleased with how well he performed. I believe that he did an excellent job, and we are quite pleased with the way that everything turned out.

The day after the wedding, I had a number of people email me asking if I had any images of Tom,” she said. 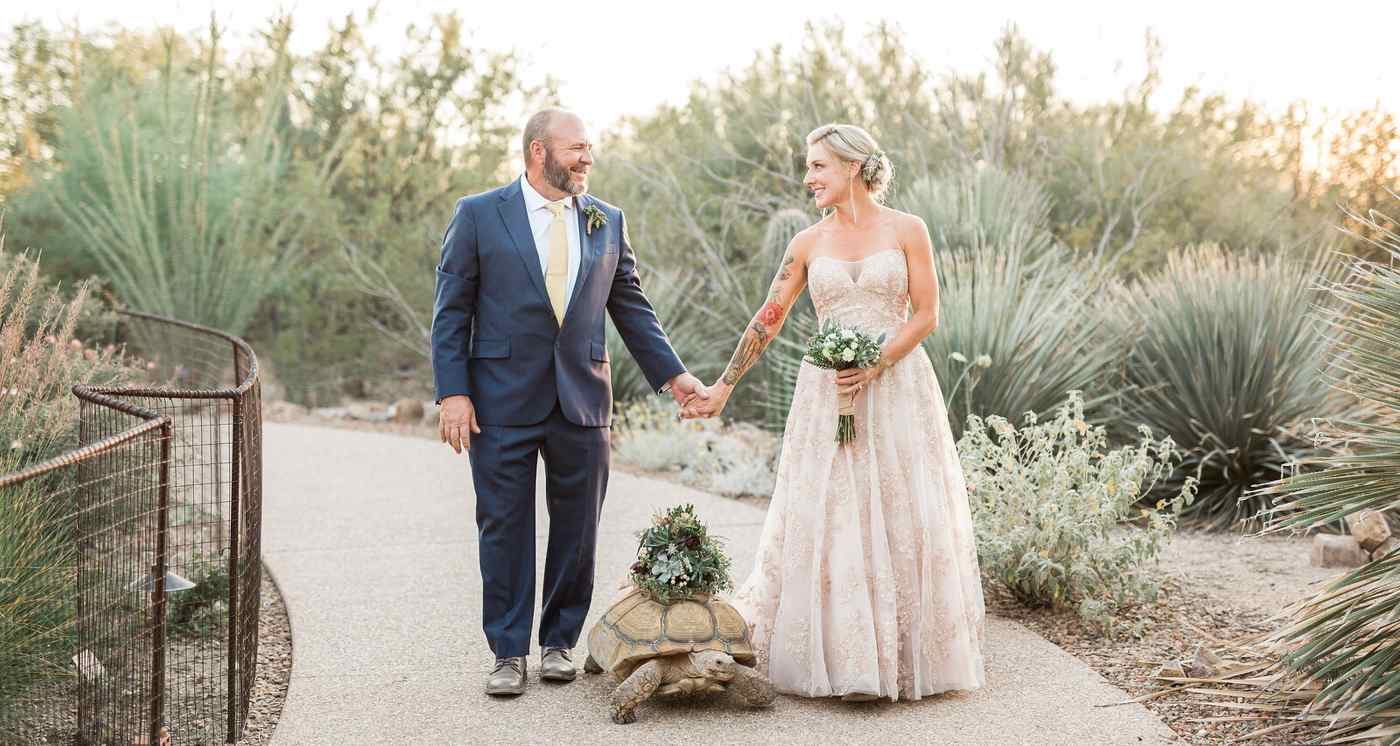 Ericka said that it took Tom around three minutes to make his way down the aisle, when it only took the other guests a few seconds.

“He shouldn’t eat much fruit since he’s a desert-adapted species, but because he likes strawberries so much, we figured it was a certain way to get him to walk down the aisle”.