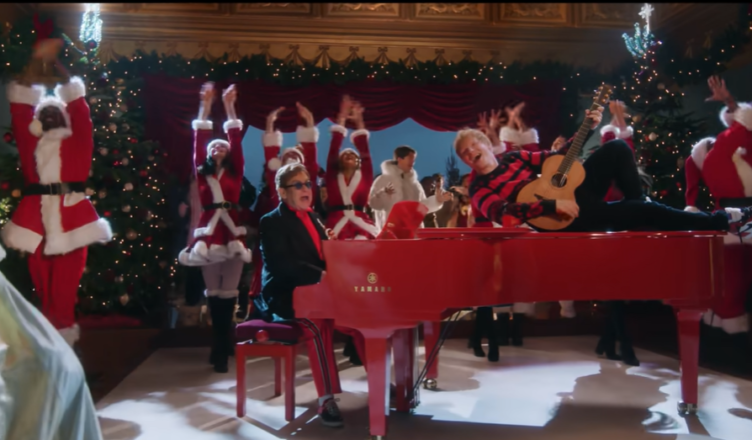 For households that choose to observe the holiday, Christmas is a time filled with warmth and happiness. Radio stations start playing all of the Christmas hits from the past.

In addition, two of the most recognized musicians of our day, Elton John and Ed Sheeran, have released a single of their own in the spirit of spreading even more holiday pleasure!

Sheeran and John collaborated on the song’s writing and release on December 3, 2021, and just three days after the video’s debut, it had already amassed a total of 12 million views on the internet.

Sheeran and John are two of the most accomplished musicians in their own right, and it is only natural that their combined talent brightens out what could become the next biggest holiday hit.

It was reported that the musicians’ global record and publishing royalties from this single, in addition to the profits from sales of the single during the holiday season in 2021, were to be donated equally between the Ed Sheeran Suffolk Music Foundation and the Elton John AIDS Foundation.