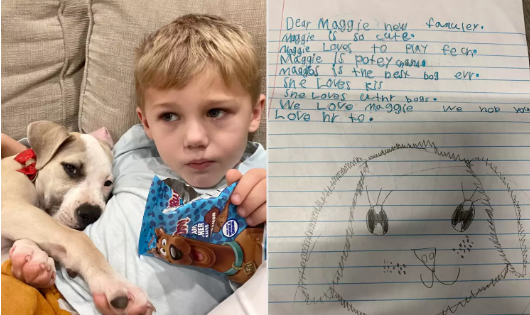 Roman Duncan, age six, secretly included multiple letters packed with compliments about his foster dog into the paperwork that was being used to transfer the dog in preparation for her adoption from North Shore Animal League America.

Maggie is, in Roman Duncan’s opinion, “the finest dog,” and he wants everyone to know it. 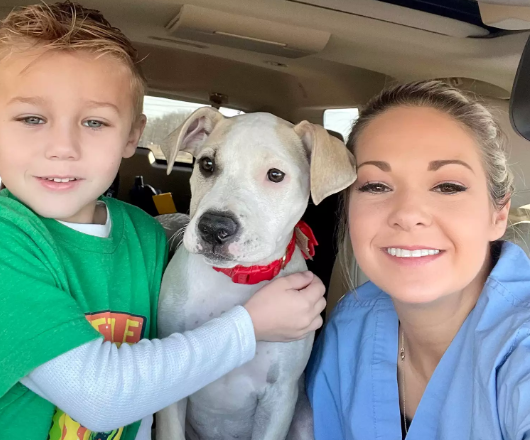 The dog was saved as a small puppy by the charitable organization the previous year, and immediately after the rescue, the organization began searching for a foster home for the dog. Maggie was in need of a foster home after she was rescued since she was too young to be adopted.

This was necessary so that she could grow used to the surroundings of a family and practice her fundamental obedience skills. Maggie was fortunate enough to find a home with the Duncan family in Louisiana, who are her foster parents. 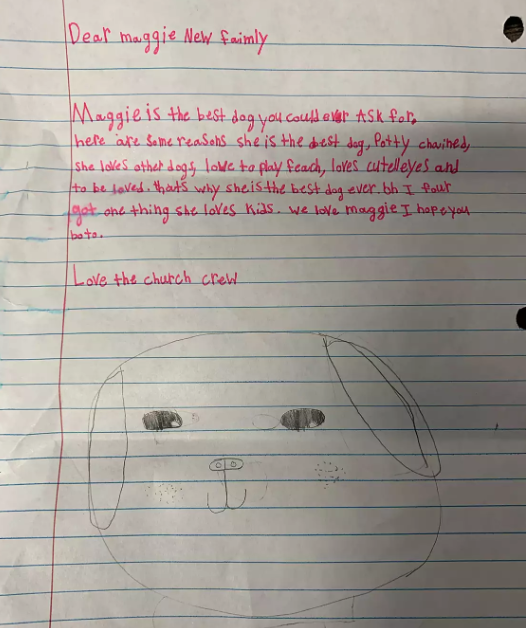 Roman, who was six years old at the time, had a strong relationship with Maggie and assisted the puppy when she was in her formative months. During the course of the whole ordeal, Roman’s family made it quite obvious that fostering Maggie meant that another family would ultimately adopt the puppy.

Maggie reached the age where she could be adopted and Roman was sad to see her go to the NSALA shelter in Port Washington, New York because they had formed a special bond. 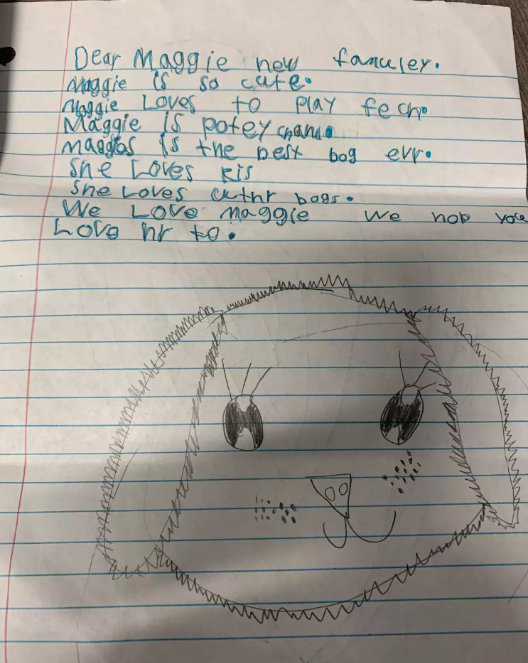 Despite the fact that Roman was aware that his new cuddle buddy was not going to stay in his home forever, he still formed a special bond with the puppy.

Roman made the decision to send letters to Maggie’s potential new family in order to help him work through his emotions and share with them all there is to know about the wonderful dog.

Roman hid his letters inside Maggie’s travel documents just before it was time to put her aboard the vehicle that would take her to New York.

The rescue workers from Animal League America were thrilled to receive this delicious treat.

When Maggie was finally matched with the family that would become her permanent home, NSALA made certain that Roman’s letters praising the dog’s endearing qualities, such as her politeness and wonderful nature, were sent to her new owners.