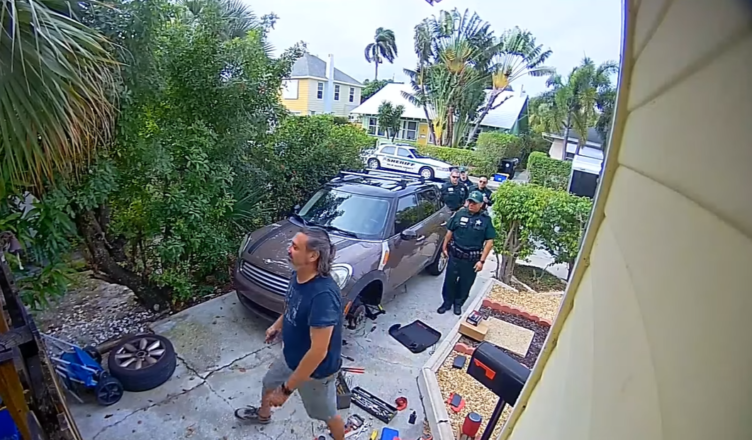 Last week, one worried lady in the community of Lake Worth Beach, Florida, believed she heard cries for assistance coming from the backyard of her neighbor and called the police. 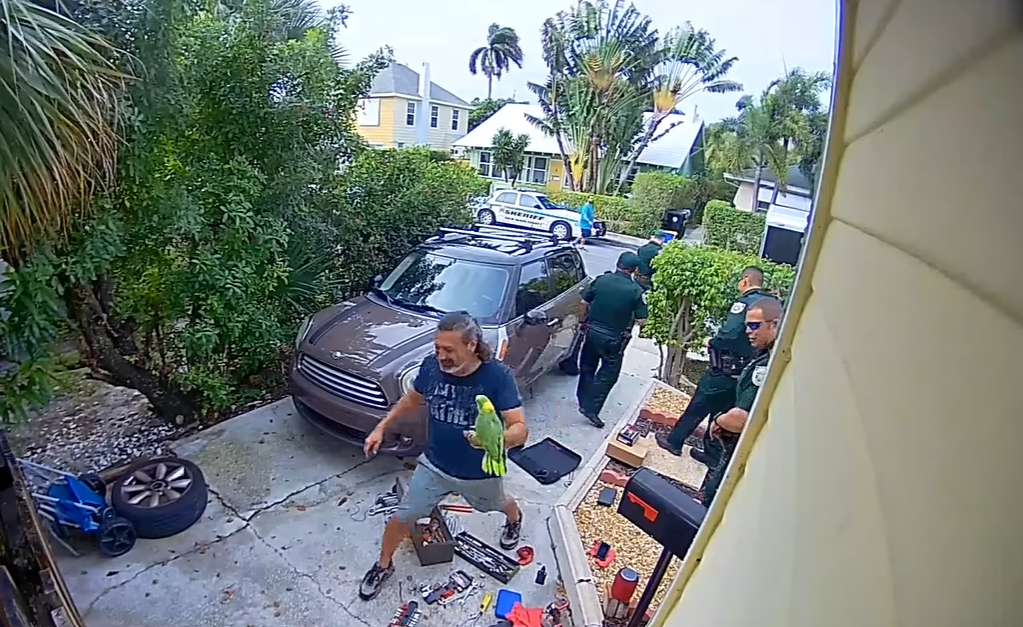 Over and over again, the voice was heard saying, “Help, let me out!” When the police came to conduct their investigation, they discovered a local citizen named Jason Sprague working on the automobile that belonged to his wife.

He then walked into his garden and emerged moments later with a green and yellow parrot named Rambo perched on his palm. 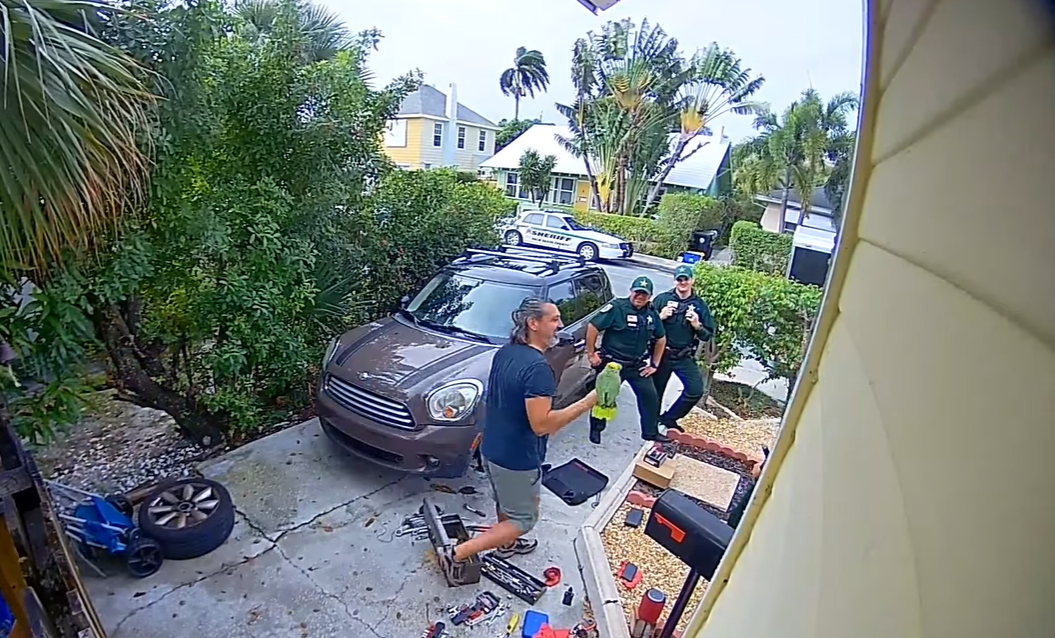 He said that this bird was the one responsible for the incident and added that since he was a little child, they’ve had the yellow-naped amazon as a member of their family, and he’s known for his unusual language.

“Help! Let me out!” Sprague said was taught to the parrot by him and his brothers when they were teenagers because they thought it would be a funny line to teach the bird, who at the time lived in a cage. 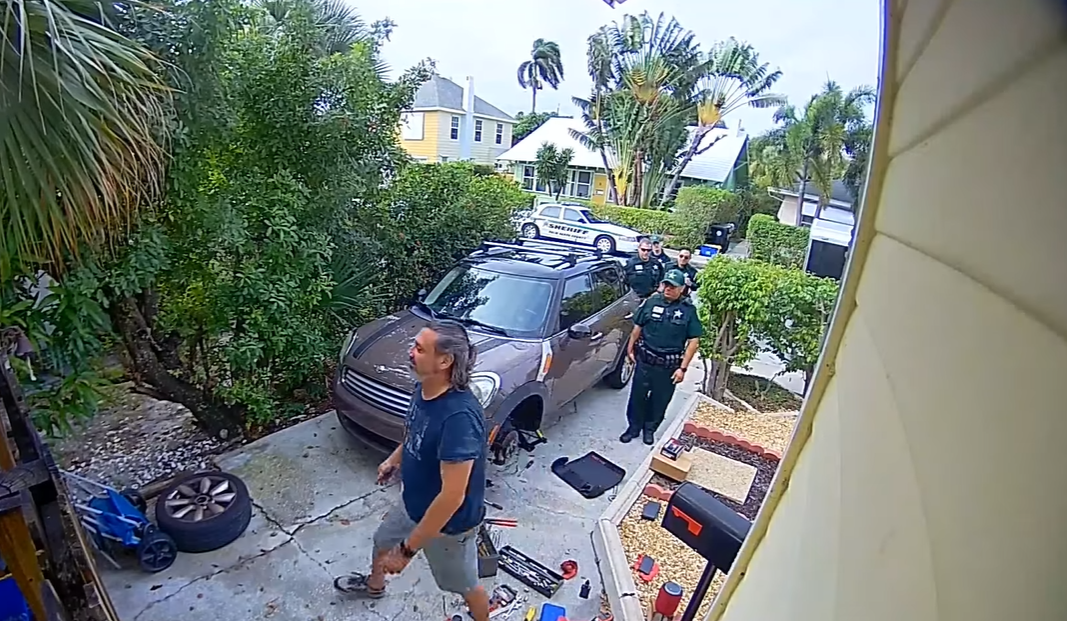 Sprague said that after the officers learned the truth, they burst out laughing uncontrollably.

In addition to the bird, Sprague made it a point to pay the woman who had filed the complaint a visit. 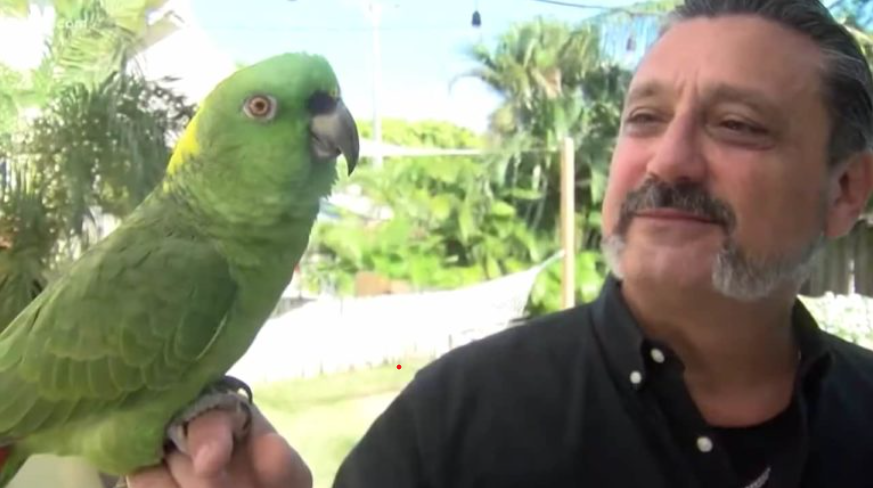 “At first, she seemed really sorry,” he said. “At that point, she burst out laughing.”