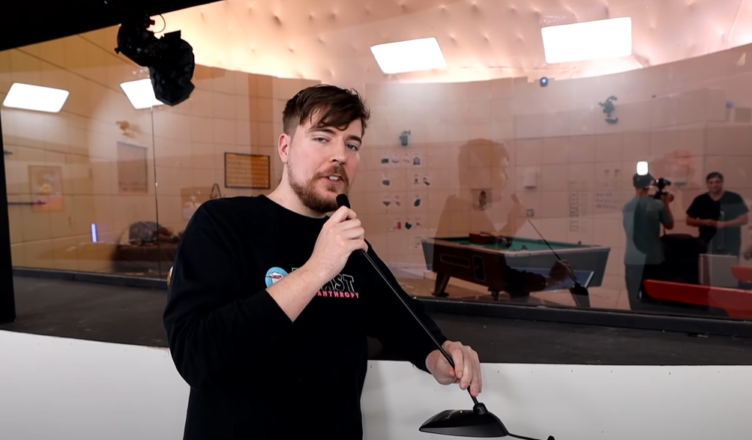 More than 38 million people have already seen this video that MrBeast uploaded on his account on YouTube and labeled “$10,000 Every Day You Survive Prison.”

Rock remained in a huge room that had no windows, but it was filled with a variety of things to keep him occupied, such as a guitar, a pool table, and even a hot tub. 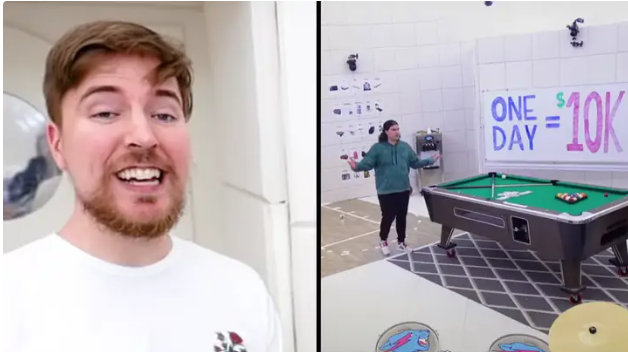 However, in order to increase the difficulty of the task and earn more money during his stay, he was required to give up goods that he owned.

On the bright side, Rock was able to entertain guests during his stay, including Mr. Beast himself, his fiancée, and a few other people. This was one of the few positive aspects of the situation.

However, as a result of the response that MrBeast got for the video, Rock felt compelled to defend the challenge and reassure followers that everything is well.

He claimed this in reaction to a video that was posted on TikTok: “I am the participant that you saw in that video, and I can promise you that they had personnel looking over me at all times, making sure that I was never in any kind of danger, whether it be emotionally or physically.

It turned out to be a fantastic chance for me. Everyone needs to take a few moments to calm down.”

MrBeast topped the wealthy list on YouTube a year ago, with claimed revenues of $54 million (£39.5 million) for the year of 2021.