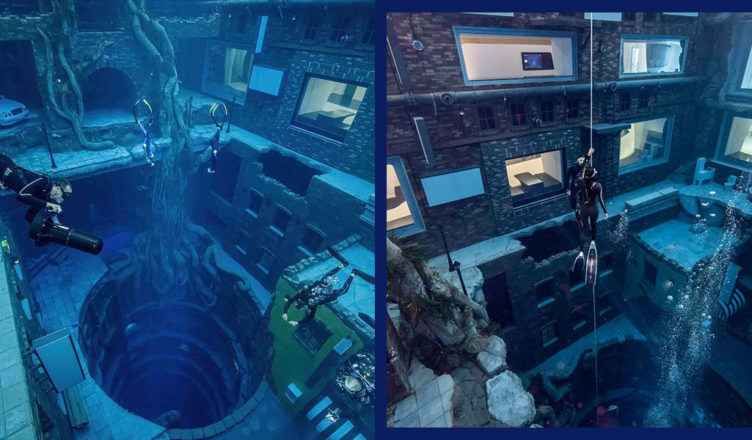 In 1999, Dubai became known for the world’s highest and first “seven star” hotel.

However, the city’s newest record-breaking construction goes in an entirely other direction. 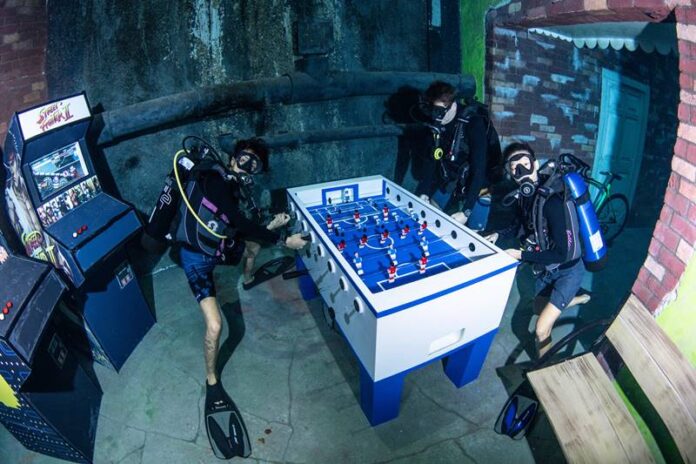 Dubai now has the world’s deepest pool, complete with a submerged city, 60 meters below the surface.

The pool, which is 60.02 meters deep and holds 14 million gallons of water, beats the previous record of 45 meters held by Poland’s Deepspot, which opened in December 2020.

Even more astounding is that all that water is filtered by NASA developed system. Water is as well UV-treated every six hours and kept at 30oC all year round for visitor’s comfort.

Calling this a pool is an underestimation. 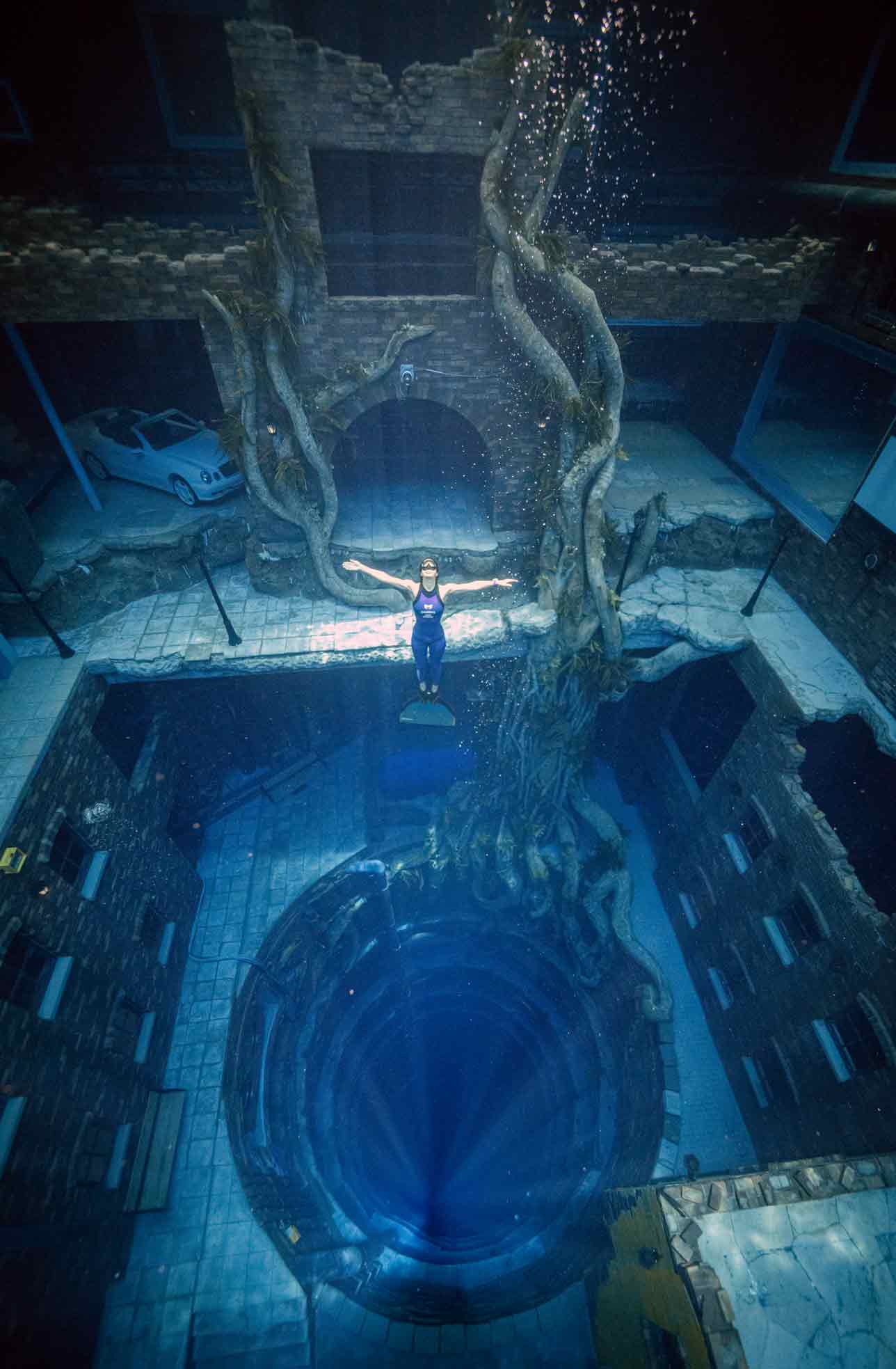 The pool begins to feel more Dubai as you go deeper.

The “sunken city” shows an abandoned world. A flooded stairway connects an apartment and garage, and the scenery deteriorates as you go deeper.

The 20-metre-deep plunge tunnel is intended for the most experienced divers. 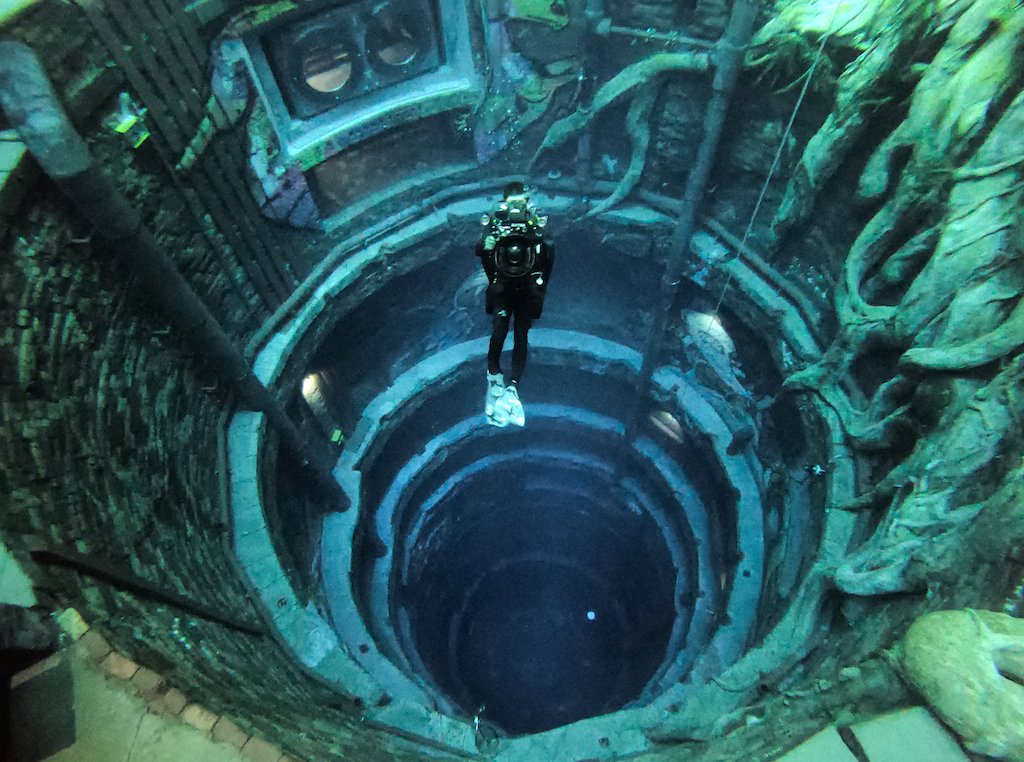 Sixty-six underwater cameras are used for safety reasons and to document the experience for divers once they surface.

Lastly, the facility has a Hyperbaric Chamber that can treat decompression sickness for up to ten persons at a time.

Dubai loves to brag about its accomplishments, but it got there by keeping things hidden. To avoid competition, builders keep their projects’ height – or depth, in this instance – secret until they’re done. 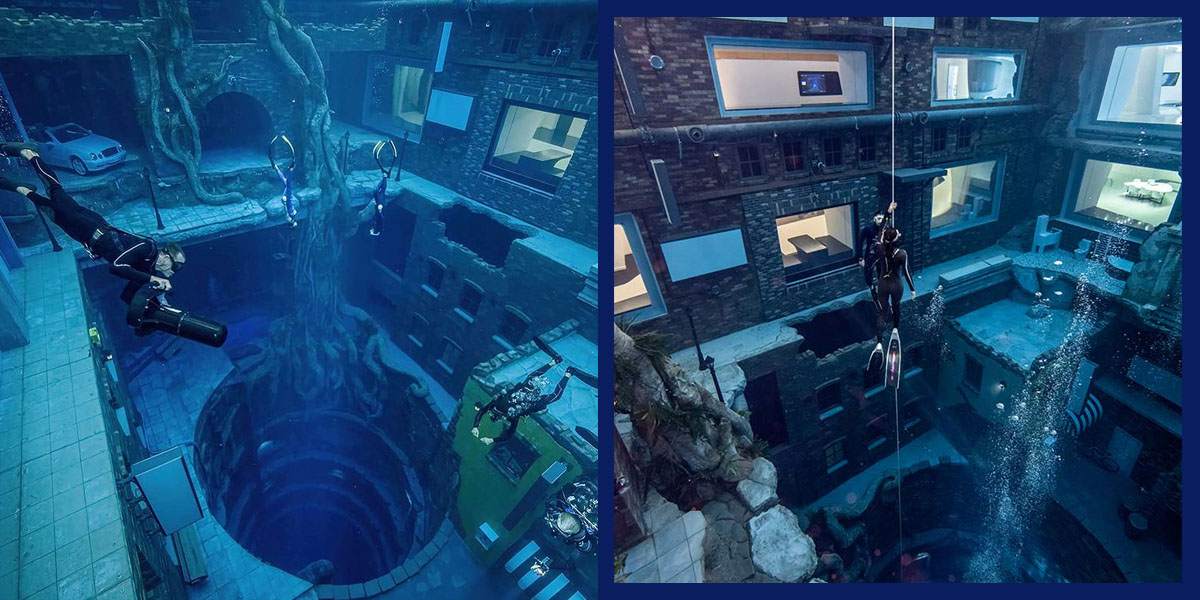 The pool’s development remained virtually undetected, so much that even one of the world’s most prominent diving forums failed to mention it while discussing Deepspot’s launch in 2020.

Its construction was unknown until Will Smith wrote about it on Instagram.

The pool is presently the Middle East’s biggest underwater film studio, including edit suites and video galleries, as well as a worldwide research facility for divers to improve their talents.

This is part of a larger tendency in Dubai to diversify its economy and appeal beyond tourism.